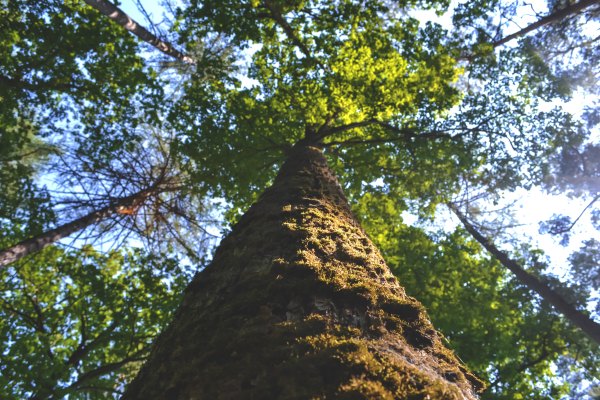 Her hand reaches to touch the untouchable treetops from whence they come.

If only she stretches her frail arm farther, she is sure to pull them down. Down like a jungle ladder, like a fantastical floral staircase, like a Jack’s beanstalk.

Hello, she whispers, I seek a sunset castle; giant or no.

But she can’t. Even without looking she sees lines of stitches’ kisses from hip to toe: a story she never wants to read but has to lay through every minute of every day even though she’s shouting, “No, Mom! No! Not that one again!”

And when Mom finally stops reading, mid-cry, the sad-smiling nurses pick up right where Mom left off.

And they have no pictures. No rhymes. No castles. All they have are charts -charts and charts of very serious stories.

Here, in the cool grass beneath nature’s canopy is her story’s illustration. -Not down to the heavy parts that anchor her; not to the raised-skin paths where the doctor in the mask wrote the story she never wants to hear.

Her real story is above; with Jack, and Peter Pan, and Thumbelina. It’s trailing amongst the castles, the Neverlands, the fairy houses.

Her reaching fingers know the way.

Her legs cannot feel the tickling green surrounding them, as shadows shake and dance over everything, the good stories and the bad.

But her weightless spirit rises from sleeping smiles to magic skies above.

“I wish to be a famous dancer!”

“I wanna be a millionaire!”

“I want to build the world’s first robotic house!”

They all turned to their silent friend.

“What do you wish for, Chelsea?”

Shrugging, they watched the comet pass, carrying their wishes. It would return in ten years’ time, granting them what they had asked.

Carly would be a dancer.

Tanner would be rich.

Edward would be building robots.

And Chelsea? She didn’t know. How could the comet possibly turn her into a cosmic fairy able to soar through the night sky as it did? 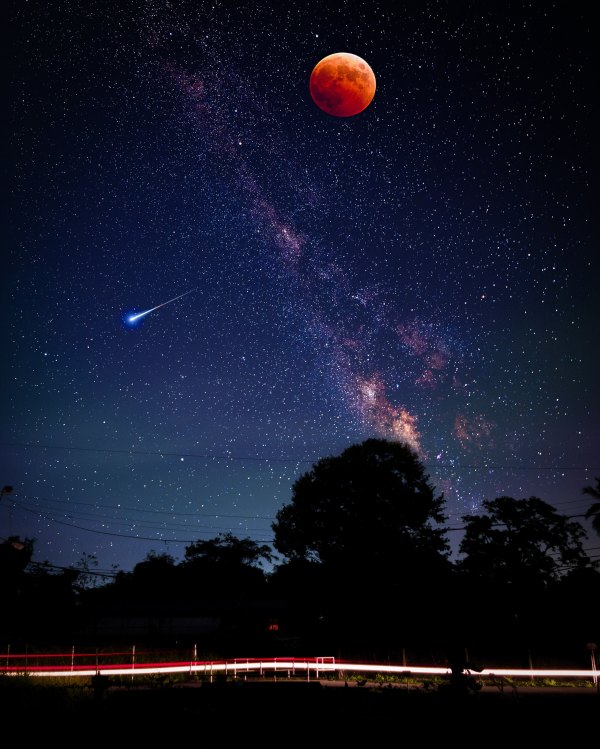 “When I grow up,”
I say
From too-tall counters, unfair portions, summer bedtimes.

When I grow up,
I think
Promises will be kept, rules followed; the world blacks and whites.

Grown up
I learn
People are human, rules bend; the world….

I take a crayon and draw my mind:
Greening forest,
Glittering sky,
And a yellow tent, 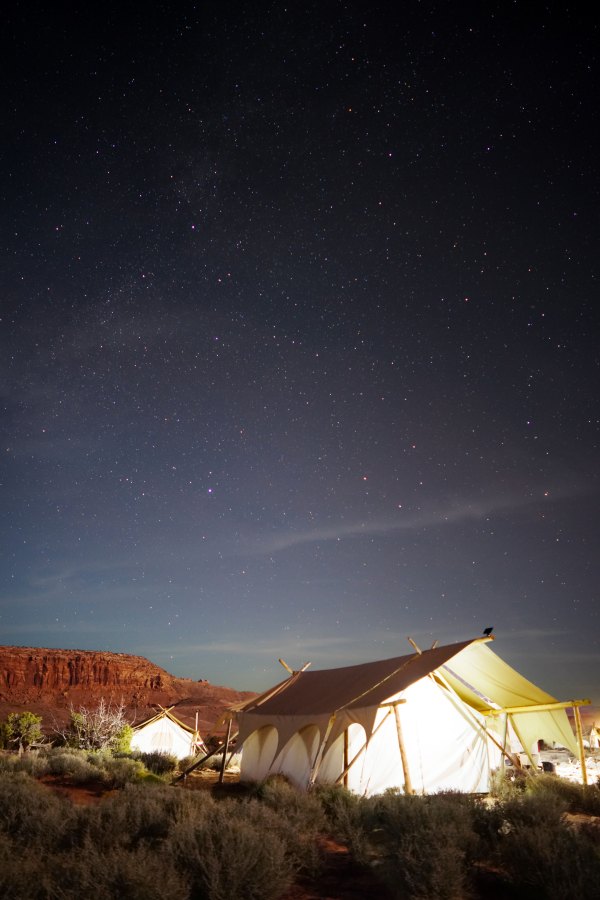 “However does a woman of my station get into such fixes?” sighed Wilhelmina Winters, heiress of Tara, and belle of East Dixie. The dainty, shadowed face she spoke to could not respond, but did return her wistful look exactly. In fact, her companion returned all Ms. Winters’ expressions and movements. She was limited only by the edge of the window, where the wall began.

Ms. Winters leaned against the cool glass, touching her cheek sadly to that of her mute friend. She breathed deeply, rustling the deep satin of her long, ruffled dress. She contemplated on how frequently she had the misfortune to return to this lonely room, to this forsaken institution.

Her father, the well-known army general, owner of the prosperous Winters Manufacturing Co-Op, and current master of Tara, had thoughtfully left his daughter enlightening materials with which to properly divert herself. But, Ms. Winters hadn’t the heart to read her school-book at present. She felt only the desire to brood; or, perhaps, to commiserate with the outside-elements-filled version of her own self she saw reflected back.

A door opened; a nurse came hurriedly out. He did not come to Ms. Winters, nor acknowledge her presence. The happy flurry Ms. Winters’ heart had felt now settled down deeply in disappointment. The return of the same distracted nurse a minute later settled her spirits further still.

He entered the door he had previously exited, leaving only the memory of teal-green behind. The air disturbed by his actions blew slightly at the book Ms. Winters was to read whilst waiting, resting unobtrusively upon a table nearer to the room’s exit. Her eye, drawn by the action, finally saw a most important thing she had missed at first glance: her book sat upon the papers she had been reading when her mother first realized their need to come hurriedly to this institution.

In short, an important letter that Ms. Winters had been curious to continue reading was sitting there within her reach! Forgetting her window friend immediately, she strode briskly across the low-pile floor. Her grand black boots stepped solidly as her wide, full skirt shushed silkily atop its stiffened crinoline.

Forgetting decorum, she excitedly reached both hands toward her things, upsetting a few periodicals and a neighboring chair.

“Hel on wheels,” a sarcastic voice said from the room’s entrance. Jakob had arrived; just in time to witness Wil’s graceful rush to the table, and just in time to use one of his favorite nicknames for her.

Reaching, spreading, stretching
Just the bend and twist
of your mind
the
lift of your feet
the
buoyancy of your dreams

In answer to Frank Prem‘s magnificent poem, which way.

Talented Teenagers (“We need to work on the name, still,” Reagan interjected.)

Art laughed his infectious chuckle again. “We suggested talents, and voted on them -except Reagan insisted on her last one. I still say we need to put ‘Domineering’ as one of hers.”

Wil wondered if he would poke so much fun at Reagan if he were sitting closer to her at the table. Even though she only had access to the lunchroom cutlery, Reagan looked a good aim.

“Why- ?” Wil began. She looked up from the list in embarrassment, not knowing how to finish her question.

“We all agreed to the talents Stephen wrote for you,” Reagan explained, understanding. “You get to suggest others, and then demonstrate them.” She stuffed some lunch into her mouth and gave Wil an encouraging look as she chewed.

“Actually,” Stephen spoke up in a nasally tone, “This is a work in progress. What we really want,” his eyes became dreamy and distant, “are talents that I am going to draw into a comic.” Suddenly realizing all attention was on him, he looked down again. “We’ll be like superheroes,” he told his food tray, less audibly.

Reagan rolled her eyes again. She was also talented at that, though Wil doubted it would get added to the list.

“Just think about it,” Derek told Wil. Wil gulped, which helped move what she had consumed to her stomach.

The rest of the group, satisfied with their explanations, continued to eat and talk among themselves. Wil read over the official roster and thought about what had been said.

She stared at her name, wondering how imagination counted as a talent, and whether any others would follow in Stephen’s neat print.

Want to start at the very beginning? It’s a very good place to start.

Wil walked slowly, her soft brown hair framing a small, pensive face. Her dark eyes, so full of the depth of life, scanned the crowd. Her slim yet graceful body moved ever forward as her peers stared in awe.

Boys watched and wanted from the corners of their eyes, as girls shot looks of envy. That purple cloak was stunning. Those boots were the height of fashion. The scarf was an expensive weave of black on black. The young woman who wore them was so naturally beautiful.

Although she tried to ignore them, Wil was conscious of the attention. Anyone would have to be. She pretended she wasn’t, however. She needed to reach her ride, and couldn’t afford distractions.

“I purchased these flowers for you,” spoke a timid young man with black, wavy hair. He offered them in a shaking hand. Wil brushed them aside, dusting petals to the floor.

A confident boy with blond hair and smoldering eyes tried to block her path. “Let’s catch a movie tonight, Wil.” He was sure to be accepted, but she dodged around his Letterman-jacketed arm.

“You’re coming to my birthday, right?” The Class President begged Wil. She approached with an anxious, artificially white smile; and left with a spoiled frown.

They sought her like hypnotized moths to a tempting flame. But, Wil’s heart-shaped face turned only one way. Her deep glance rested on only one person. Her body was drawn to only one other body.

He would be waiting, she knew, with more than flowers. He would take her somewhere better than a theater. He didn’t have birthday parties filled with fake people.

She reached the doors to outside, and pushed through them. A disappointed trail of admirers was behind her and the afternoon was before her. The shy sun illuminated her path to the idling minivan at the curb.

Even her neighbors stared as she approached, every other distraction forgotten in Wil’s presence. They shifted to give her the best seat as Wil ducked and entered the vehicle.

“How are you today, Wil?” Mrs. Crandall attempted. Wil didn’t respond, but no one expected she would.

Reagan, pulling an earbud from her right ear, turned to Wil and whispered, “So, you’re part of our group now, right?”

Wil didn’t hear at first, as she slid in her seat at the sudden movement of Mrs. Crandall braking and honking.

She realized Reagan had spoken to her, and brilliantly responded, “Huh?”

“Our group,” Reagan persisted. “You got the notes. Derek said you’d find out about it after school today.” She looked at Wil’s face and raised her eyebrows expectantly.

“So,” Reagan said, “Welcome.” She sat back, pushing her ear bud back in place and looking at her phone again. She had been reading it since first climbing in the van.

Wil blinked in the reality of the small cabin around her, and realized she ought to actually read what Derek had given her.

Her nightdress billows in moving mists of rainbows; toes curl precariously over cloudforms.

She cannot see, so closes her eyes.

And now, appears the wooden bridge. It skips across to the sandy seashore
-the shore outside a castle’s wall
-whereat lies a fearsome dragon, curling smoky out-breaths in the sun.

The nightdressed girl smiles, treading where adults fear. She perches, perfectly happy, at the cliffside edge of fantasy.

“You can’t depend on your judgment when your imagination is out of focus.”