That’s it. I’m throwing the gauntlet DOWN. 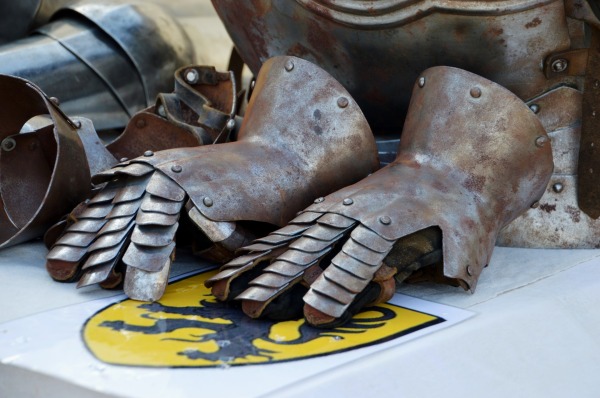 I want to determine, once and for all, who has it harder: men or women.

Let’s take men first. For this purpose, I have brought in my masculine side. It’s just survived a long weekend with all four boys home from school for a holiday, worked outside in the yard, and done some manly exercises like …girl push-ups.

I say that men have the short end of the stick. Why?

Women think their life is difficult, but it’s a bed of roses (that match in color, and were complimented on by their hordes of friends) compared to a man’s.

Now, in order to prepare an adequate female defense, I must think more girly. Allow me a few hours on Pinterest ….or not. I’m not the most feminine representative of the female sex, but I’ll try my best.

Women have a harder life, hands-down.

Men get ‘that look’ when they come home to a house full of pillows, but say they don’t want to go furniture shopping. They say they have simple needs, then demand that women look good and feel sexy after doing all the laundry. Face it: men hold the power and prestige, and women hold the garbage bag.

In developed countries, the battlefield of the sexes is nearly even. In terms of permanent penalties, however, I feel that women will always have it worse. I’m not looking for compensation (though, some sort of temporary transferal of woman parts might be nice); I’m looking for agreement.

Do you agree? Do you not? Let’s hear your reasons. Don’t be shy; I’m a fair moderator.

While you gather your thoughts and rebuttals, look at what I posted this past week:
Wednesday, March 13: Talked about Dr. Pickell and our ignorant influences in “Do You Know Your Influences?”

Thursday, March 14: “The Cure for Depression: Eat Healthy,” another suggestion in a series originally posted over at The Bipolar Writer Mental Health Blog.

I also posted all this week at my motherhood site. I wrote “Why Oh Why Must We Have The Teenage Years?,” “The Magic Clothes Washing Machine,” and “Five More Minutes” (a poem).

“Don’t worry. In a few years you’ll have dried up and it won’t be a problem anymore.”

“You have one every month. Shouldn’t you be used to the pain by now?”

“It’s better than the alternative, right?”

On the flip side, the following comments are perfectly acceptable:

“Hi, honey. I happened to be at the store during lunchtime and they had your favorite chocolate on sale. Here’s a case of it.”

“I’m so happy to see you! I was just thinking, ‘I haven’t made dinner in a while.’ How about you go take a nice, hot shower for a few hours and I’ll take care of dinner and cleanup.”

“Hi, sweetie. I have great news for you: I just read about this surgery they can do to remove a woman’s uterus and place it inside her husband -but only during that time of the month. I signed us up for today; let’s go!”