Gentle windpaths brush my skin,
or touch the trees;
As I lay, here.

Raindrops cry down shadowed walls,
or outside panes;
As I lay, here.

Greying stormclouds dance within,
or mar the sky;
As I lay, here.

Sunlight beams ‘gainst bedroom halls,
or ‘gainst the world;
As I lay, here.

Storms without and storms within,
all in my mind;
As I lay, here.

Hello, there! Feeling depressed? I’m here to offer you a little encouragement.

What does that mean, exactly? Is he encouraging site visitors to violence? I’m sure you all know that’s not the answer. Despite your astute intelligence, however, do you keep fighting?

Or, are you in my preferred category of fence-sitting numbness?

Worse yet, are you all alone, hiding from everything except the dark recesses of your mind?

That is no way to fight.

Don’t roll your eyes at me; you’re the one practicing bad habits. …Yes, I intend to get dressed and eat something besides these cookies. Yes, I’m wearing exercise clothes because I’m going to do something more aerobic than climb the step stool to reach another package of cookies.

Hmm. Maybe we both need to step up our game.

Way back in January of this year I revealed the most secret of secrets: The Cure for Depression. Over the next few weeks I then discussed the secret steps involved.

In fact, last time I wrote about figuring out what’s helping and sticking with it.

Are you still not trying any of these?

Again, that’s no way to fight.

Fight is an action verb, and not one like “yawn,” or “scratch.” Think about what you picture when someone says, “Fight.” It’s not a person laying amidst packages of desserts, feebly raising a hand to scroll through this article and resolve to think about trying something tomorrow.

It’s a bad-ass mother who won’t take no crap off of nobody!!!

The “nobody” we depressive types need to address is most often ourselves.

Think of how you would get ready for a physical fight. Besides psyching yourself up with a little mirror speech (which, by the way, is like Cognitive Behavioral Therapy), you place your feet and hands in a defensive stance. Given time to prepare, you might wear protective clothing, train with a professional, and bring something besides air to smack the enemy with.

D’ya see the correlation? Your daily, healthy practices arm you for the fight against depression: a fight with your own, flawed mind.

It’s a battle we face every day, but one that is easier if we’re prepared. After following the recommended steps, that battle doesn’t even happen some days. Isn’t that worth fighting for?

Yes, it is. Now, get out there. Keep fighting.

Never give up. Never surrender.

Most of my day is spent in trying to avoid reality. Through the combined efforts of little sleep and little to stimulate my brain, I’ve successfully dodged true feelings and their accompanying pains for years. Through the added repressive means of modern technology and instant entertainment, I’ve created a virtual mindspace that is more alive than my physical one.

“Your head will collapse / But there’s nothing in it…”

Since entering the world of blogging; and, especially, the community of mental illness support, I’ve learned some terms for what I do: numbing, depersonalization, and (above all) disassociation.

“And you’ll ask yourself: Where is my mind?”

In the beginning, I entered the mind fog willingly. -So I thought. Depressed, repressed, lonely, and mind-numbingly bored at my day-to-day activities; I sought constant distraction.

“Try this trick and spin it…”

Except that I still could.

As such, I have made various attempts to kind-of, sort-of climb out of my muddy hole. I read Brené Brown’s recommendations, followed her advice …and really offended a neighbor by being myself. I started counseling and some hormone therapy …then reverted back to old habits and dropped the hormones so that I wouldn’t accidentally birth a hermaphrodite.

Most of my days are spent in trying to avoid reality. On the rare occasions that I surface, life feels like the restaurant scene in “Sherlock Holmes” (2009). Unlike the genius that is Holmes, however; I do not note and absorb everyone’s mistresses, limps, or chalk spots. Instead, I feel overstimulated by emotions; in particular, everyone’s emotional reactions to me.

I also feel overwhelmed at the repetitive cycle of life, and the prospect of more of the same for the foreseeable future.

Do I want my mind awake? I’m not so sure. There doesn’t seem much to wake to. Hence, the continued withdrawal and disassociation.

“Where is my mind?” Somewhere inside. Probably.

Do you experience similar non-feelings? Have you, in the past, and now you do not? Is reality worth the cost?

On a happier note, here’s what I threw together this week:
Wednesday, March 20: Me and me debated who has it harder in “THE Battle of the Sexes.”

Thursday, March 21: “The Cure for Depression: Simply, Joy,” a suggestion in a series originally posted over at The Bipolar Writer Mental Health Blog.

I also wrote stuff at my motherhood site; like “Pinterest Mom or Sane Parent?,” “A Very Unmerry Birthday to You,” and a funny quote about mothers.

*Credit to the Pixies’ amazing song, “Where Is My Mind?”

Looking at tips for curing Depression? If not, stick around anyway and you might make a friend.

Which leads us into the first tip: Connect with a human.

I don’t know about the rest of the crowd, but the last thing I want to do when I’m down in my cozy depression pit is seek out other people. They are often the reason I crawled into my closet in the first place. They should seek me out, preferably with a bribe. 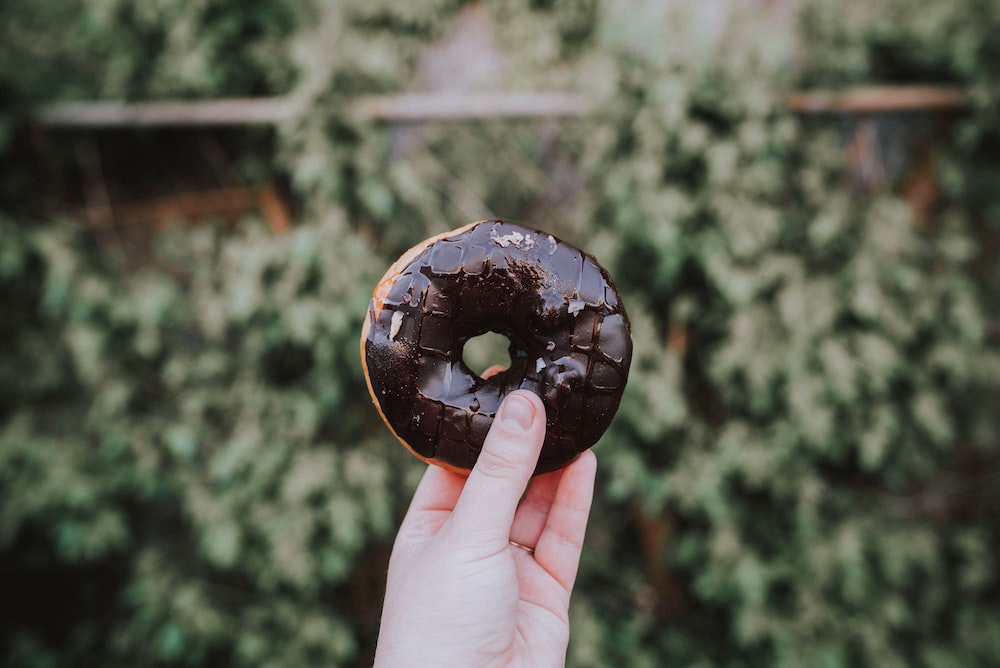 Unfortunately, people are rather self-centered. Usually, a person is most concerned with his own thoughts and feelings because that is who he is literally inside of. So, your (and my) dummy friends and family need at least a little tiny clue that we could use a helping hand. And a bribe.

Another failing of mine is a tendency to look at the great big huge picture of a problem and find (somehow) that I cannot even take one step toward progress. This is even worse when I am inside my depressive mind, trapped in a swirling vortex of apathy and negative self-talk.

What do we do? I will beat this tip over your head about 14 times: Start with small.

I happen to know that you can still get cell phone reception inside your mind/mud pit/closet/bathroom. So, the way to start small is by:

I am also a big fan of pets as comforters. Go ahead and hide from the world for some recharge time, but bring your cat or dog or chinchilla with you. You can pet them all Dr. Evil style, tell them everything that sucks about humans, then connect with a person. 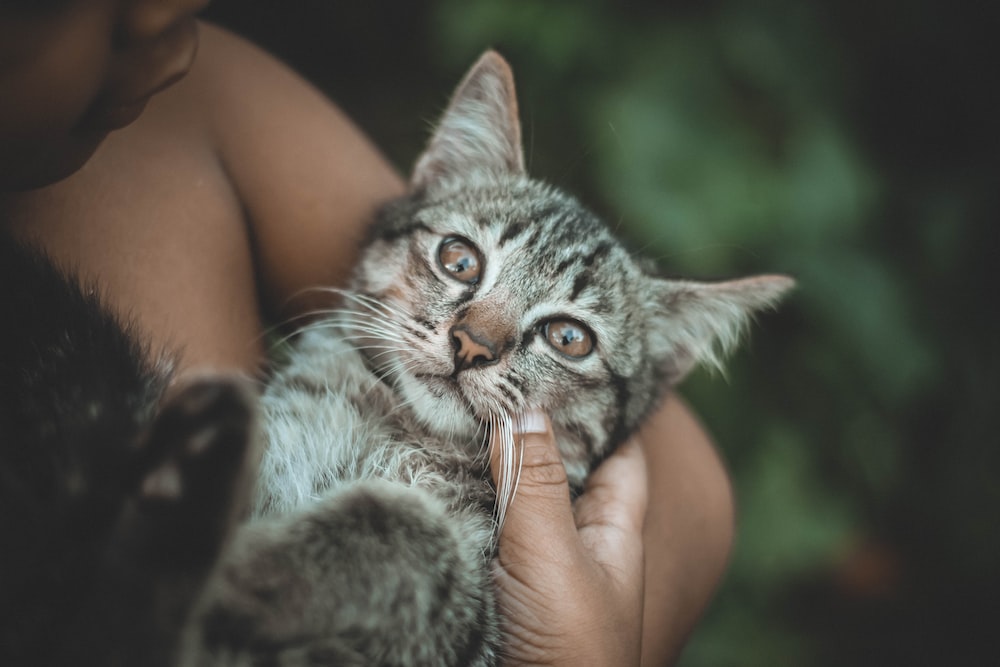 As amazing as animal companions are, however, you will gain the most benefit from other humans.

Yes, I know that is a scary idea. I spent nearly an entire counseling session arguing with my paid friend about NOT TRUSTING ANYONE because people hurt you. However, I also know that I need a few good people.

Connections with peers was found to be the #1 determinant of happiness by some dude at Pennsylvania University, even more so than sugary dessert consumption. Knowing that, give it a chance. Start small, and you’ll eventually have some peeps you can send anything from concerns to dirty jokes to.

What are we but shards of stars, trapped in this paperweight we call existence?

If I had a mindful, thinking mind
I’d know the feeling, analyzing,
Thought-processing, wakeful mem’ry-find.

I’d not wonder, in drooling hazing,
What that tragedy, Algernon, had
And if rodentia enjoy mazing.

Instead, here stands a gray-matter man.
His name is Mental Impasse, of course.
There’s his face-glare; there his stoic stand.

I kneel in abject, absent pleading;
Begging him, my boot-toed gatekeeper
For a whiff, glance; or head-bump reading.

But Mental Impasse will not be swayed,
Will not glance down, nor favor bribings.
How then, will mindflow artworks be made?

Expressionless, he stiffly guards me:
Shadowed thought-lights dance beyond his frame.
My feeble entreats shan’t make him see.

When do you whisper these well-formed words,

The thought-strung wishes your mind made?

They’ve been dancing round a life-numbed brain

Awaiting a chance to alight.

Why won’t you hear their fluttering feelings,

Their pleadings, in soft-spoken thoughtspeak?

Why turn an eager mental ear-hear

Who else will gather these bent-broken fairies,

Your brainstem a graveyard of art.